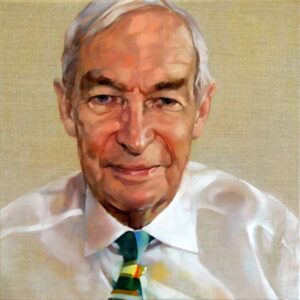 Catherine was commissioned to paint TV Journalist Jon Snow by Sky Arts as part of Artist of the Year spin off lockdown show, ‘Portrait Artist of the Week’.

Catherine painted the notorious news broadcaster live on Facebook and Sky Arts on 29th November 2020 and her final portrait will be given to Jon to keep. 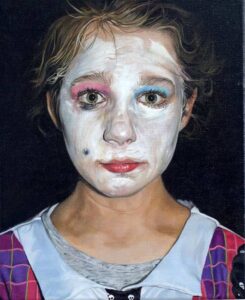 The biggest show to celebrate artwork by Northern Artists. 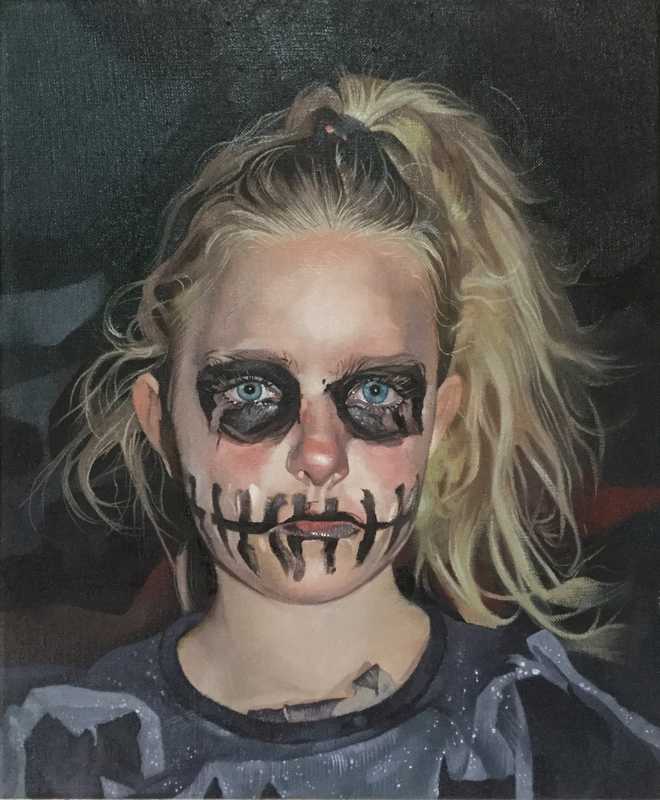 Behind the Corpse Bride Paint

I have this painting, ‘Behind the Corpse Bride Paint’, in the Castlegate Prize which is now open and runs until 3 Oct 2020.

Each week of lockdown I have been joining in with the live spin off Sky Arts Artist of the Year program on Facebook – Portrait Artist of the Week. One past winner/finalist paints a celebrity encouraging watchers to join in, paint along, then submit the results on Instagram tagging #mypaotw.

The three judges choose their favourite from the previous week, and I am really thrilled that they chose my portrait of Judge Rinder to win in week 5. Also see my portraits of Will Young, Bernardino Evaristo and Noel Fielding. It’s well worth a go if you fancy painting a celebrity sitter. 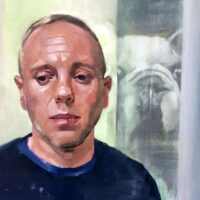 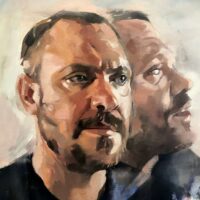 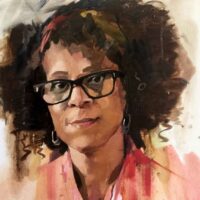 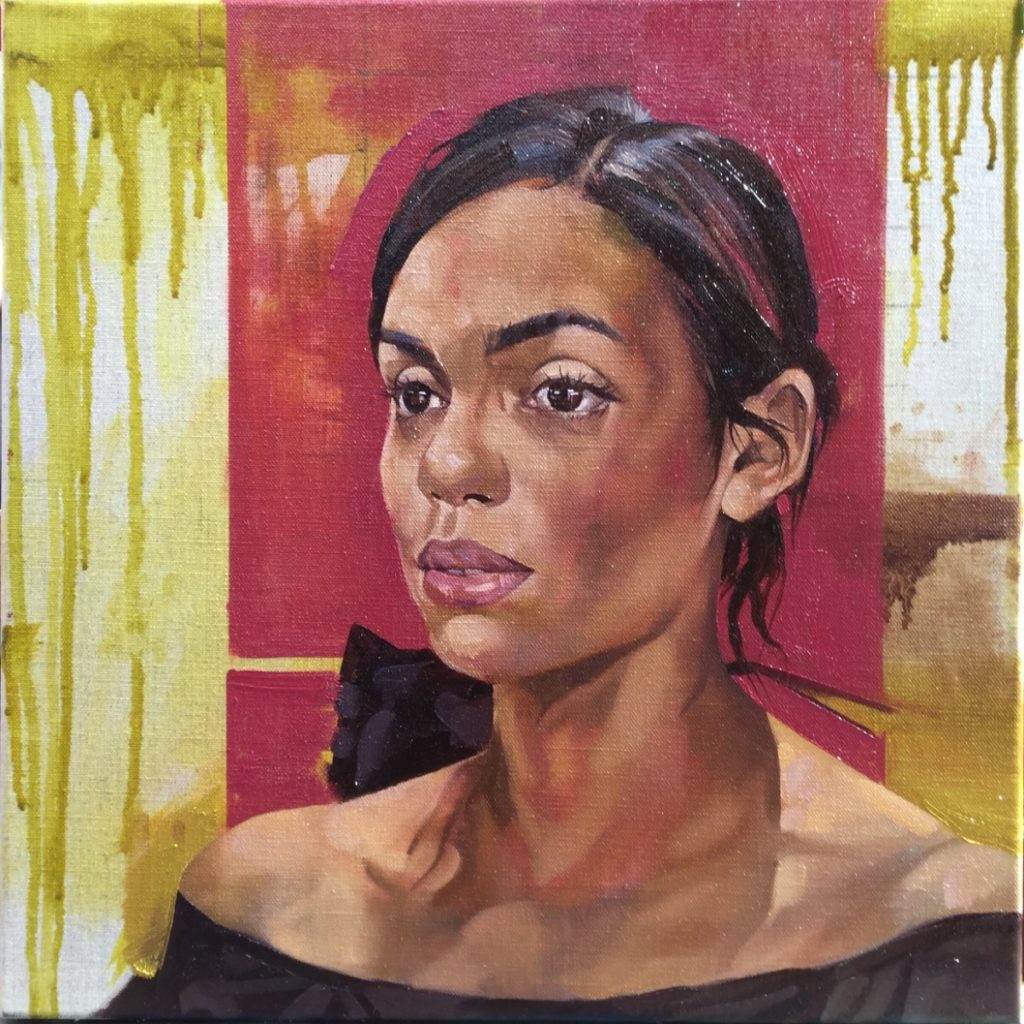 Sky Arts Portrait Artist of the Year finalists and semifinalists Exhibition continues to tour around England at Whitewall Galleries. 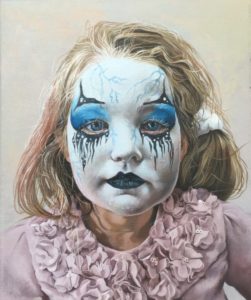 Behind the White Witch Paint made an appearance at the Hampstead Affordable Art Fair amongst 15 others selected from the Jacksons Open Painting Prize shortlist.
The Art Fair is on from 8th – 12th May 2019. 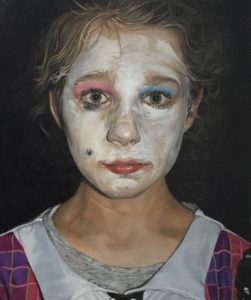 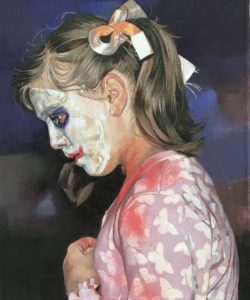 Behind the Doll Paint and Behind the Clown Paint have been accepted into the Royal Birmingham Society of Artists annual Prize Exhibition and will be going on show in their Gallery 23rd May – 22nd June 2019. Find out more . . . 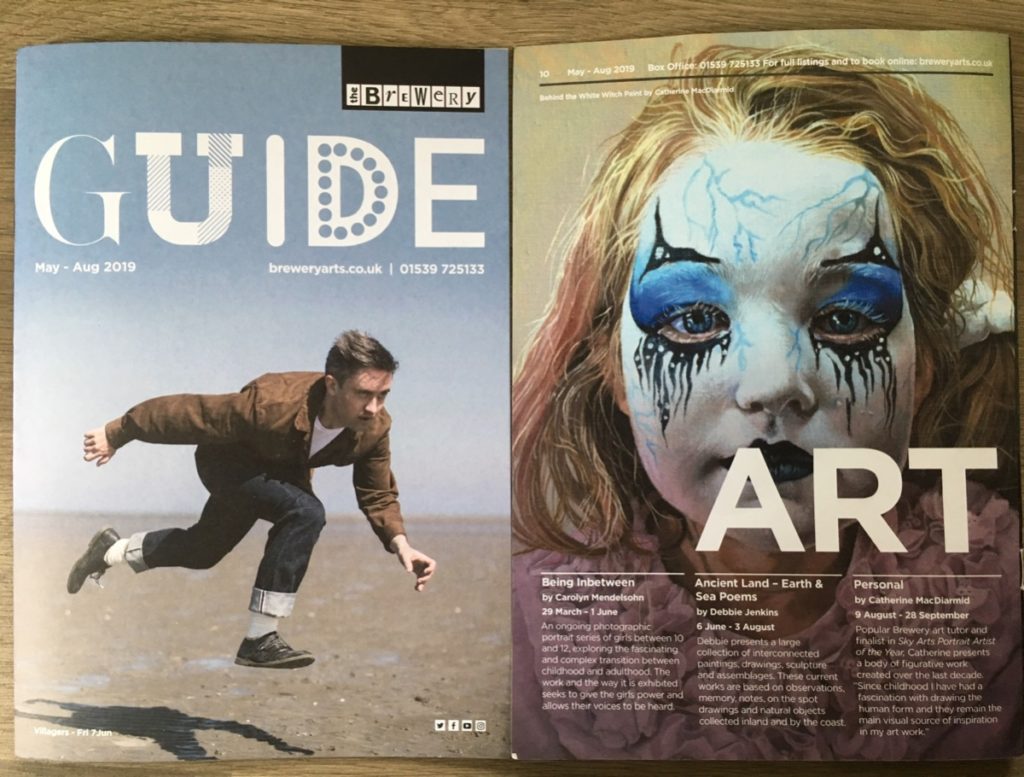 Finally, my upcoming exhibition at the Brewery Arts Centre, Personal, made an appearance in the Brewery Summer guide. The preview evening is 10th August, so keep this date free in your diary as I would love you to come along. The exhibition runs until 28th September. 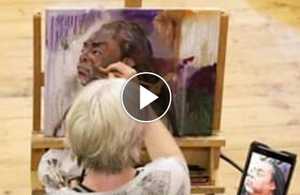 Watch the timelapse of my portrait of Saxophonist and Jazz musician Courtney Pine. One of the most intense 4 hours of my life – in the semi final of Sky Portrait Artist of the Year 2019.

I am thrilled to have ‘Behind the White Witch Paint’ shortlisted for the Jacksons Open Painting Competition. 45 paintings were chosen from over 5000 entries. It will now go down to London to be considered for their stand in the Hampstead Affordable Art Fair.
You can still vote for the People’s Choice Award from the longlist of over 400 paintings, 4 of which are mine. Just follow the links below.

I am thrilled to share the news that I have 4 paintings included in the prestigious longlist for the Peoples Choice Award.

Click on Vote now where you will be directed to the Jacksons page where you can also browse the longlist. I would be so grateful for a vote for any of my paintings. 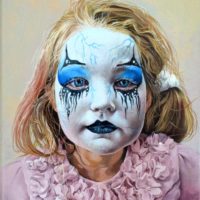 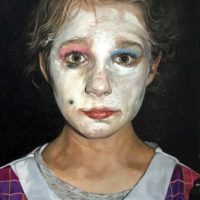 Behind the doll face
Vote now 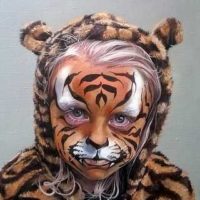 Behind the tiger paint
Vote now 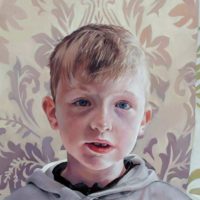 This is me
Vote now 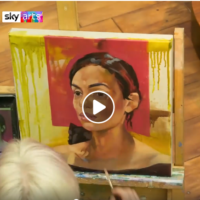 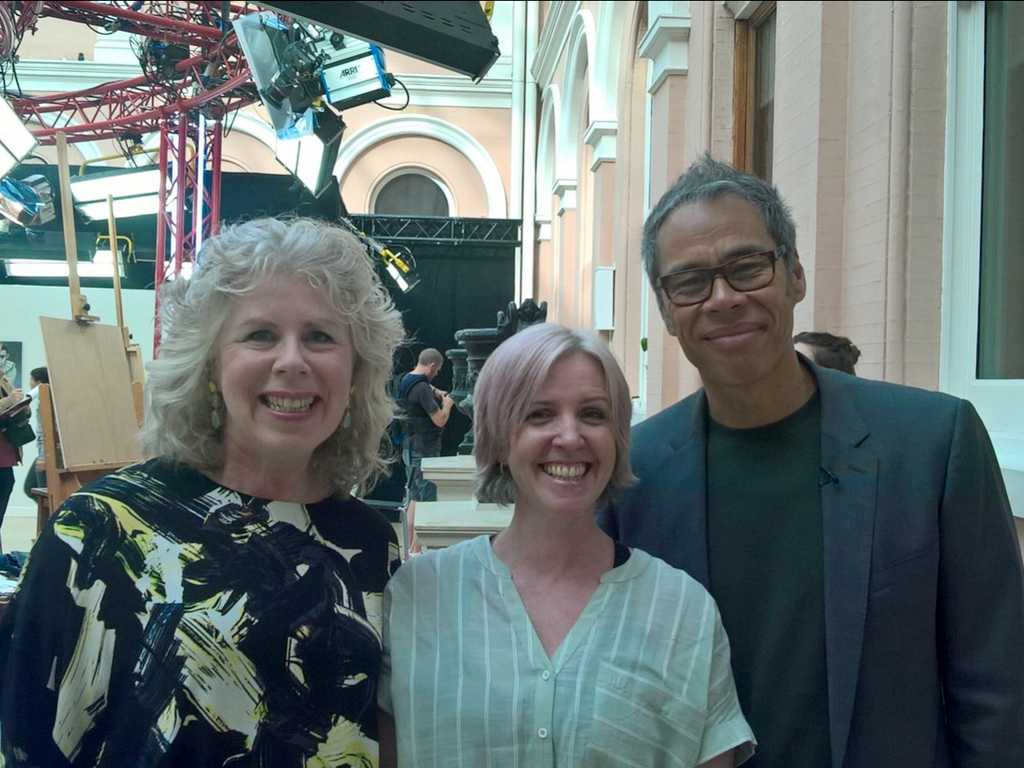 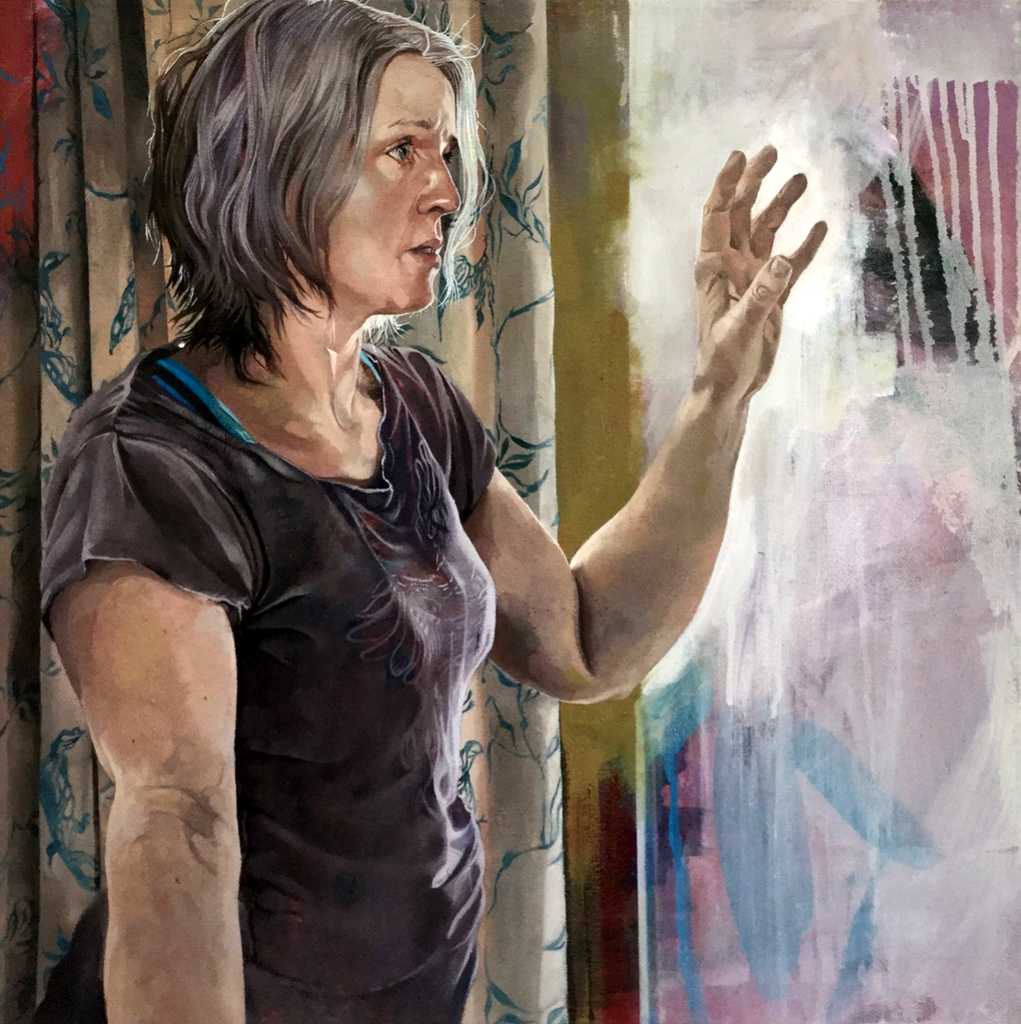 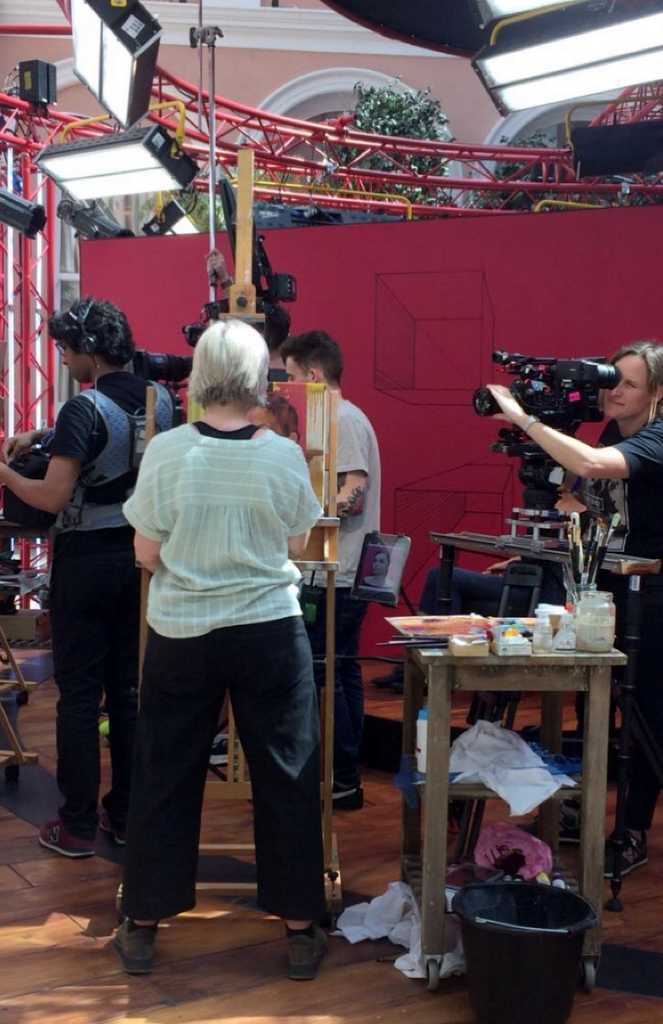 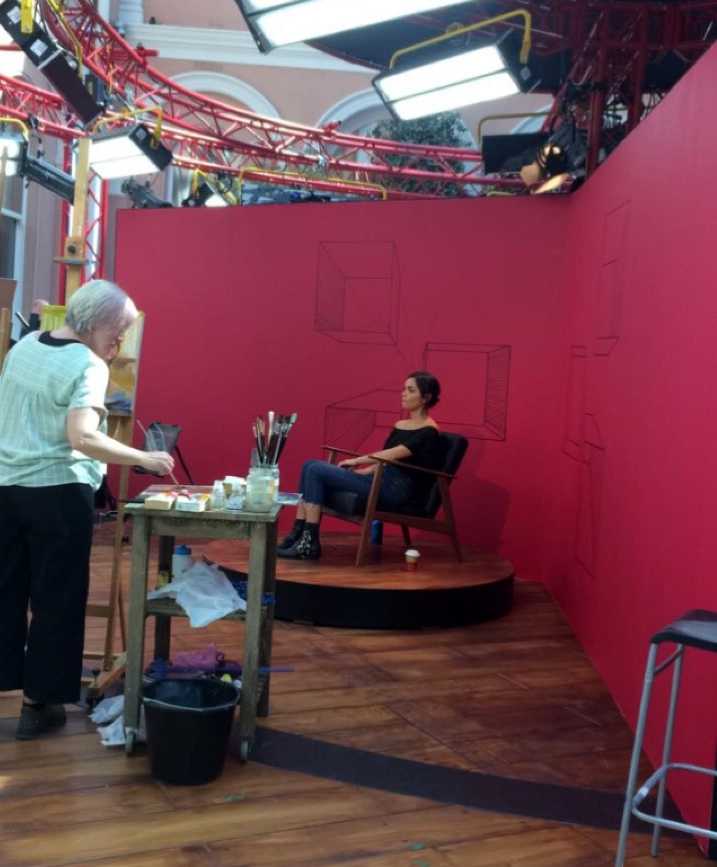 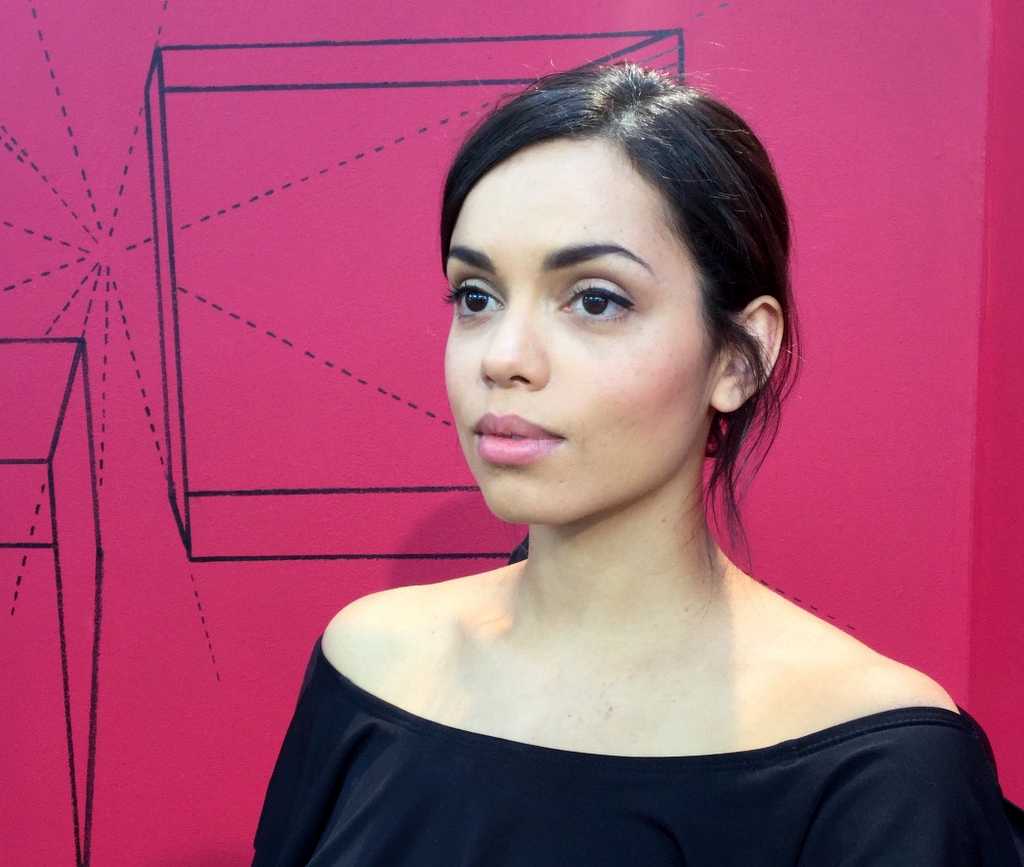 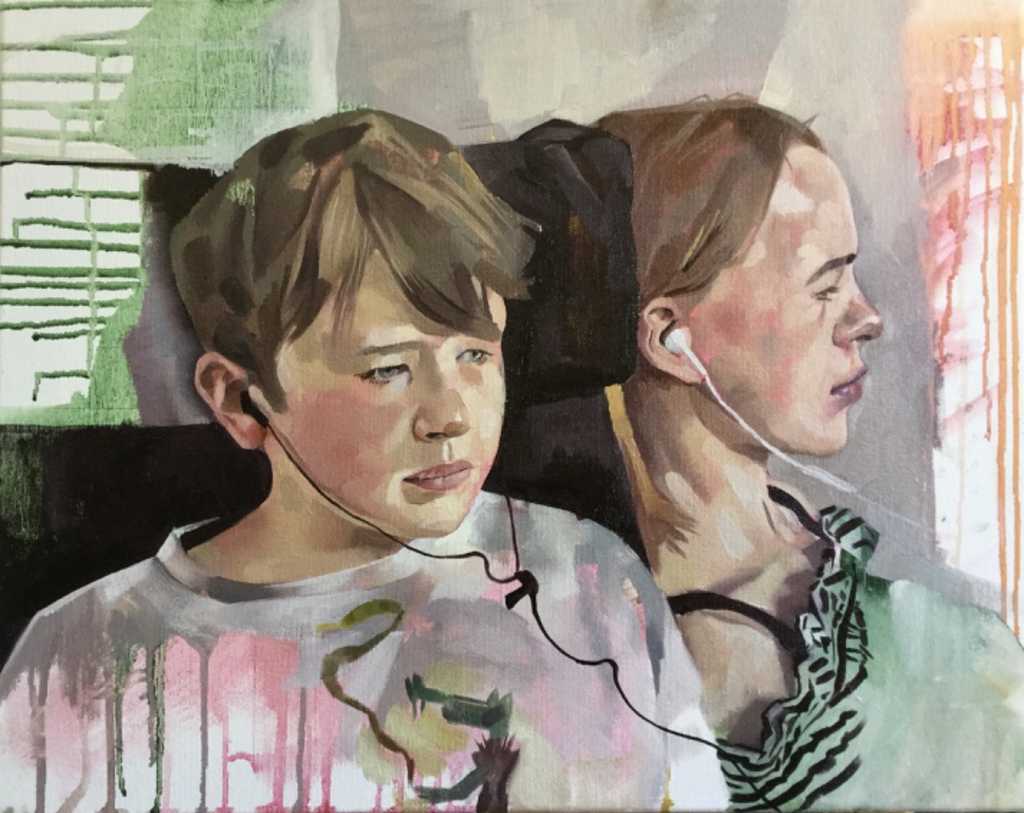